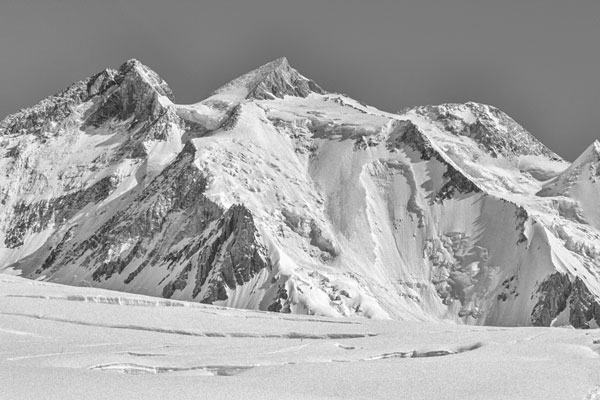 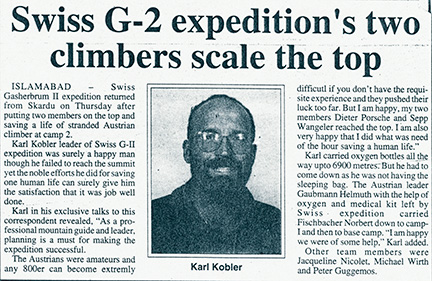 Gasherbrum Il expedition returned from Skardu on Thursday after putting two members on the top and saving a life of stranded Austrian climber at camp 2.

Karl Kobler leader of Swiss G-II expedition was surely a happy man though he failed to reach the summit yet the noble efforts he did for saving one human life can surely give him the satisfaction that it was job well done.
Karl in his exclusive talks to this correspondent revealed, "As a professional mountain guide and leader, planning is a must for making the expedition successful.
The Austrians were amateurs and any 800er can become extremely difficult if you don't have the requisite experience and they pushed their luck too far. But I am happy, my two members Dieter Porsche and Sepp Wangeler reached the top. I am also very happy that I did what was need of the hour saving a human life.
Karl carried oxygen bottles all the way up to 6900 meters. But he had to come down as he was not having the sleeping bag. The Austrian leader Gaubmann Helmuth with the help of oxygen and medical kit left by Swiss expedition carried Fischbacher Norbert down to camp 1 and then to base camp. "I am happy we were of some help," Karl added.
Other team members were Jacqueline Nicolet, Michael Wirth and Peter Guggemos.